Participating in Toys for Tots Isn’t Just Publicity for Ezzey, It is Deeply Personal 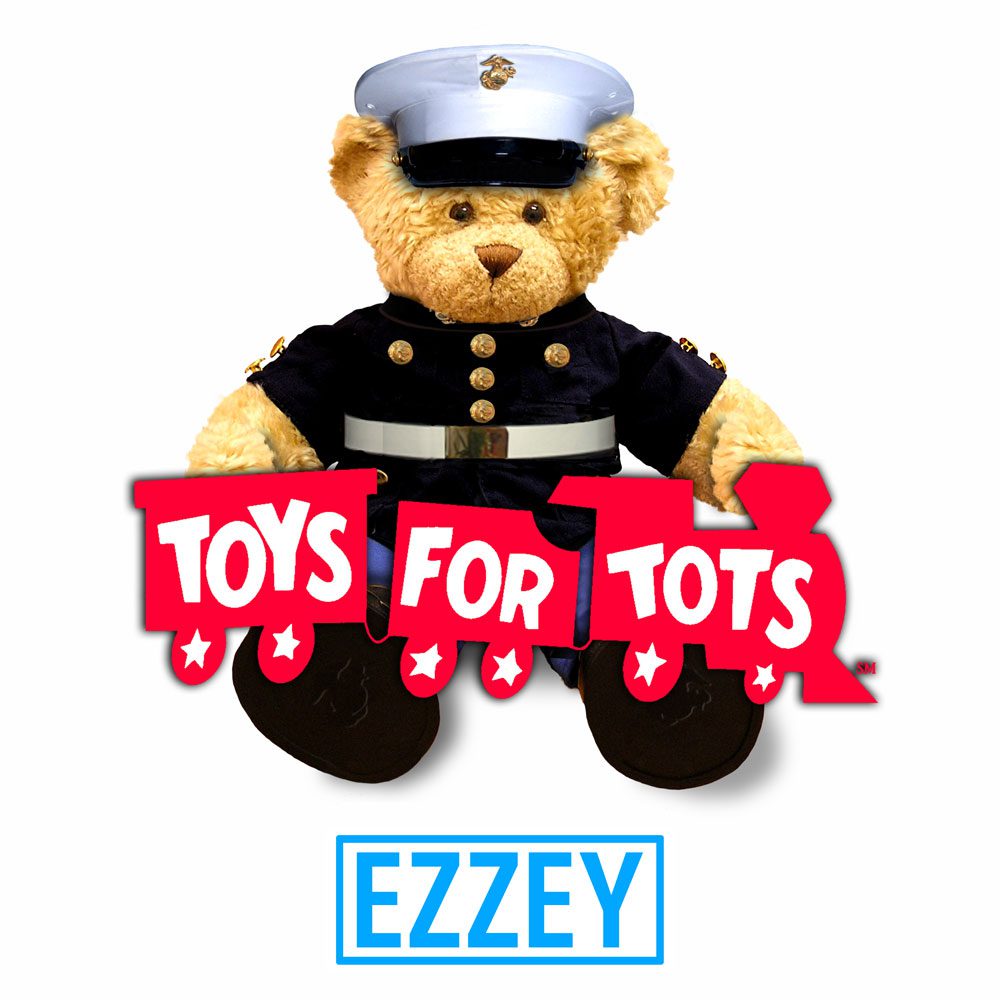 Since 1947, The U.S. Marine Corps has been helping families celebrate the spirit of Christmas through their Toys for Tots program. Giving over 18 million toys to 7 million children and families in need each year,  Toys for Tots continues to be a shining example of what Christmas is all about. As a Marine Corps and Marine Reserve Veteran, Ezzey’s CEO and Co-Founder Michael Hamburger knows all too well the joy that Toys for Tots can give to families during the holiday season.

In 1992, Hamburger was home in Boca Raton, FL, visiting family for the holidays and found himself like many others do around Christmas, at the mall shopping for presents. Sitting outside the front of a KB Toys store was an almost empty collection box for Toys for Tots. With only a little time left before Christmas, he knew that as a Marine, there was more he could do. The next day, having packed his dress blues for the trip home for the holidays, he went back to the toy store and asked if he could stand by the Toys for Tots box, hoping that his dress uniform would encourage people to give to those in need. Sure enough, the collection box began to fill. He returned  to the store the following days, and the box would fill. Both the presence of a Marine and the power of Christmas brought the spirit of giving to life  in that mall in Boca Raton that year.

Though his duty as a Marine may have been reason enough for Hamburger to give hours of his time to the Toys for Tots program, it was a stronger feeling that drove him to give back. Like so many families, Hamburger was once himself part of a family that needed help during the holiday season. A single mother fighting a losing battle with cancer, doing her best to provide for her children, could only give them what they needed, leaving very little for gifts throughout the year. As a kid, Hamburger knew that the jerseys he wore had other children’s names on them. He could sense when his toys had belonged to someone else before him. While being grateful for what he had, that sinking feeling of “needing help” is one no child should have to endure. As an adult and Marine reservist, participating in Toys for Tots was more than just his duty, he took it as his responsibility.

Over 30 years later, Ezzey is now in its third year acting as a drop-off location for the Toys for Tots program, hoping to continue helping those in need for the holidays. New, unwrapped toys can be dropped off Monday through Friday at 8160 E. Butherus Drive, Suite 10, Scottsdale, AZ between 9 AM and 5 PM through December 15th. Help us at Ezzey help families in need celebrate the spirit of Christmas the way everyone deserves…joyously and graciously.